We each owe a death – there are no exceptions – but, oh God, sometimes the Green Mile seems so long.

I grew up knowing of The Green Mile but never bringing myself to watch it. Largely due to the fact that I remember it making my mother sad. We’d come across it and she would say “what a sad movie.”

Just a little over 17 years since its release date, I made spicy chicken caesar salads for dinner and curled up on the futon with my love one Sunday afternoon. I don’t know if I was ready to see this film. And I think once will be enough for me.

It’s 1935 – John Coffey (Michael Clarke Duncan) is sentenced to death by a jury of his peers since being found at a crime scene with two brutally murdered girls. He is imprisoned in Block E, nicknamed the green mile because the floors “looked like faded limes” (the blu ray remaster really brought out a nice jade, however), that is overseen by Paul Edgecomb (Tom Hanks) and his cohorts. The men come to know Coffey and his supernatural healing powers and struggle with the blurred lines between duty and morality.

First of all, I went into this unaware of Coffey’s extreme sensitivity as an uncontrollable empath jointed with his amazing ability to heal ailments. I myself am very sensitive, some days to the point of psychic empathy and it was very hard for me to watch someone else struggle with it on the silver screen. Parts of me were softened, parts frightened, parts familiar with the struggle and his frustrations and exhaustion. I came to understand why he wanted to go through with his execution, and I did not fault him for it. You better believe I cried myself into a gnarly headache.

That aside, I love Stephen King but I am not a huge fan of Tom Hanks. And Stephen King said no one else could have portrayed Edgecomb BUT Tom Hanks. I really have to disagree. None of the cast acting as the officers were particularly shining to me. I loved Michael Jeter as Eduard Delacroix (Del) and I even loved Sam Rockwell as the INSANE Wild Bill and of course my love goes out to the precious giant John Coffey (all prisoners) but I could not buy into the others. Maybe I just didn’t want to; maybe they were just bad. Maybe I just have a soft spot for bad people showing their humanity. This is pre – 21st century cinema after all, we can’t expect perfection.

There was more than one scene that ripped out my heart and stomped on it but the one that stands out the most was Del’s botched execution. It lasted so long and it was so painful to watch. In fact, it made me feel like I shouldn’t be watching it at all. Like I, MYSELF, will be sentenced to the electric chair for enduring it. I wanted to fast forward, I wanted to turn it off.

Overall, The Green Mile is going to be a one timer for me. It was halfway well cast and the pacing was a little slow but it made me feel a lot – a lot, a lot.  Unfortunately the things it made me feel were things that I just downright don’t want to feel – things I will not seek out again. 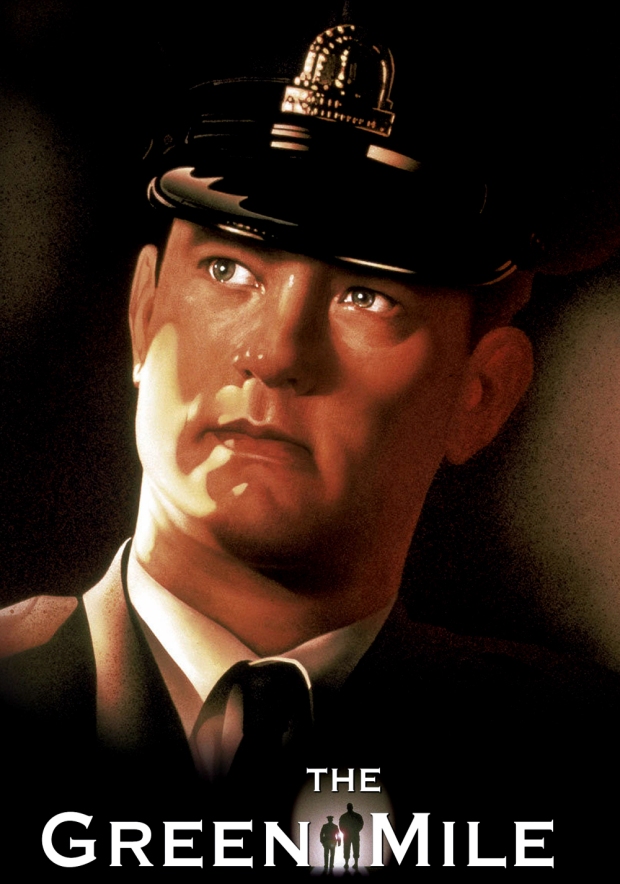